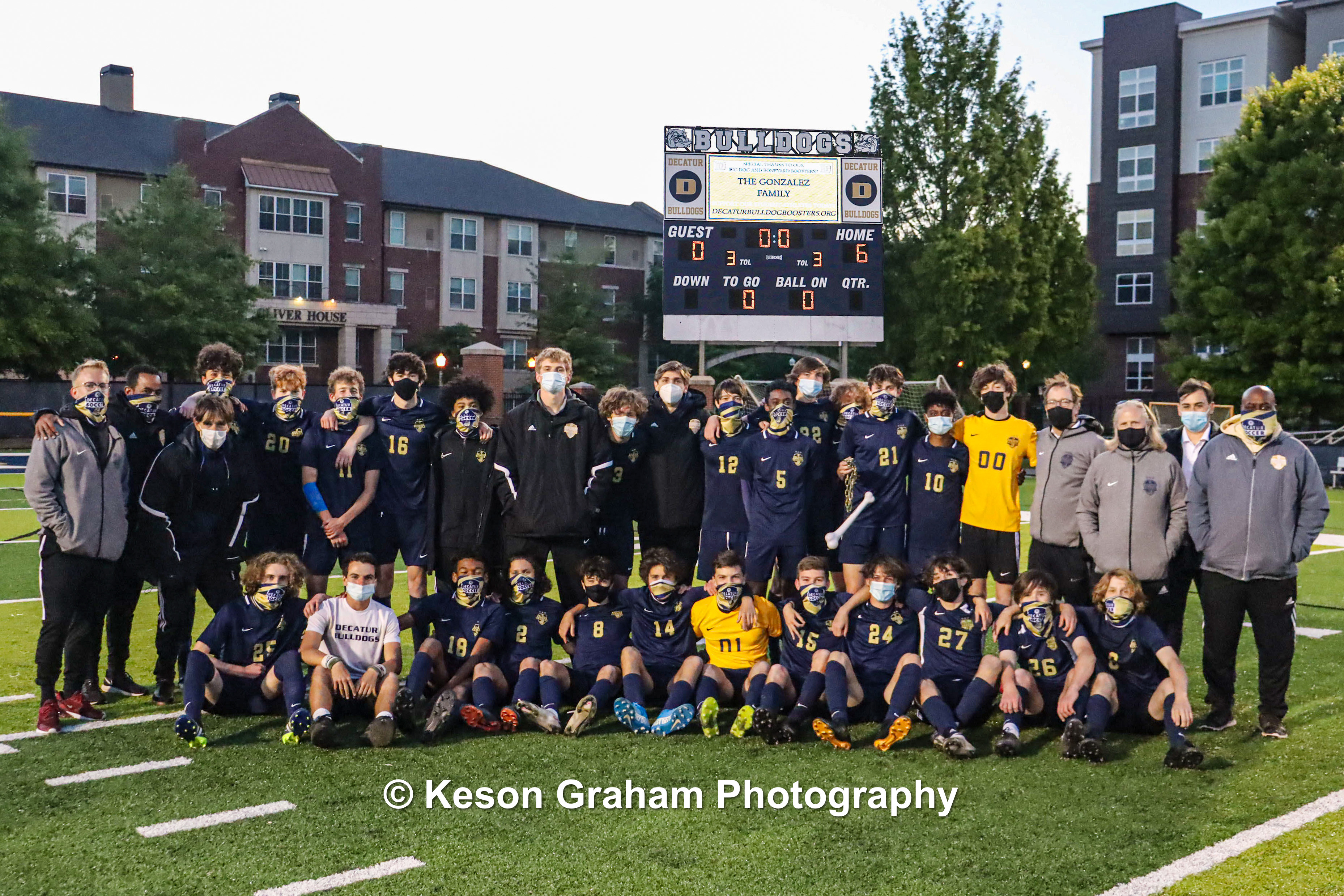 On Wednesday evening, the Decatur Boys’ Soccer team faced Apalachee High School in Round 1 on the GHSA State Tournament. The Bulldogs entered the game as the #2 seed from Region 5. Apalachee was the #3 seed from Region 8. The Bulldogs started the game with something to prove, scoring a goal within one minute of kickoff and creating multiple chances soon after. The game settled and the score remained 1-0 until the Bulldogs capitalized again, this time on a cross from Bo Blanchard who found Lucas Tatum in the box for his first goal of the night. The second half started similarly to the first, this time Lucas Parrilla squeezed through multiple Apalachee defenders to slot a beautiful goal and make the score 3-0. The Bulldogs maintained control of the game from here on. James Tribe, Haensel Kehoe, and Lucas Tatum(2) added goals, and the game ended at 6-0. The Bulldogs will travel to Blessed Trinity next Tuesday for a rematch with the Titans in Round 2.