Recent DHS graduate and baseball standout, Jordan Walker, was selected by the St. Louis Cardinals in the first round of the 2020 Major League Baseball Draft.  The Cardinals selected Walker with the 21st overall pick.  Congratulations to Jordan and the rest of the Walker family! Cards Snag High School Slugger With 21st Pick – MLB.com

Congratulations to graduating Senior Jordan Walker and the entire DHS Baseball Team. Jordan Walker was recently named the Georgia Gatorade Baseball Player of the Year and the Montlick & Associates WSB-TV Male Athlete of the Year. Both of these awards are very selective and are prominent on a local and national level. Please see below for more 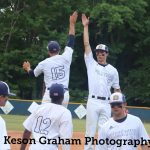 The Bulldog Baseball team continued their winning ways by defeating Harris County in both games of the doubleheader.  The sweep of Harris County places the Bulldogs in the 5A Final Four.  In the first game the Bulldogs fell behind in the first inning 0-4.  Jackson Hills started the game and after giving up the early

The Bulldog Baseball Team swept Walnut Grove last Thursday earning a spot in the State Quarterfinals.  In game one, it took extra innings but the Bulldogs got the 4-3 victory. Eddie Galatas started the game and went four innings.  Tucker Jones came on in relief giving up one hit with 3 strikeouts.  In the second 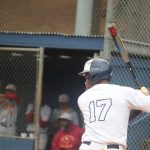 The Bulldog baseball team defeated Rome in straight games 4-1 and 10-0 to advance to the second round of the State playoffs.  The Bulldogs received strong starting pitching from Jackson Hills in the first game.  Tucker Jones came on in the 7th inning to record the save.  In the second game, Jaylen Paden started the 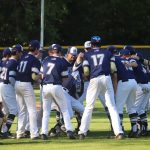 After graduating nine seniors from the 2018 season including five starters, there was uncertainty from outside the program of what kind of season the Bulldogs would have going into 2019. With that being said the Bulldogs this season were able to win Region 6AAAAA for the third consecutive season, a feat that has never been 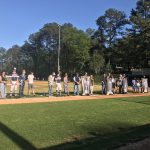 The Decatur Bulldogs scored a strong 4-2 Senior Night win over region rival Riverwood Raiders last night.  The home crowd came out to support starting pitcher Jaylen Paden, who pitched 6+ good innings for Decatur.  He was relieved late in the game by Tucker Jones, who secured the win and first place in the region.

No Events This Week

Events are added by athletic staff.
View All Events